Title: Eclipsed by the Sun
Author:

drusylla
Disclaimer: The characters portrayed within are not ours. This is merely a loving response to the original work.
Story Notes: This story is part of a larger Universe called Another Road Traveled. Promise Filled Sky falls within this universe and chronicles the beginning of the saga. This story immediately follows A New Dawn. Other stories within this universe may be found HERE.

Summary: After facing Lust under the Third Laboratory, Roy and Ed have teamed up to learn more about the homunculi while waiting for the other shoe to drop. In the process they find themselves learning more about each other and seeing past differences that have divided them for years. Will these welcome distractions tear them apart or bring new and unexpected possibilities for them both?

Authors Note: It's finally up! Sorry about the tardiness but an ill timed harddrive failure really killed out finalization schedule. Better late than never! Thanks so much to the mod, community and artist. We have a great time with this!!! :-) Also make sure you check out the art. It's BEAUTIFUL!!! Thank you

kimberlelly. Thank you so much to all of you!
Disclaimer: I own absolutely nothing; please don't sue me. I'm poor anyway.

Summary: Dean is the only one out of the loop. Then, when the secret Sam and Peter have been hiding comes out, he wishes he stayed the hell out of the loop. Luckily, there’s a new supernatural creature that appears, and it keeps Dean company. Meanwhile, Sylar meets his polar opposite (and doesn’t quite hate him), Charles heals a broken bird, Hank gets his heart broken a few times, and a few strays end up at the Xavier mansion.

A/N: This was written for the 2011 NaNoWriMo, but I never finished it in time. I used the

big_bigbang challenge to force myself to finish it - which I accomplished! :D A big thank you to

Title: to warm the sun
Author:

Summary: Usagi has forgotten something. Her efforts to regain what she has lost change the course of everyone's future.

(Sorry I'm posting late but Stuff came up. Thanks!) 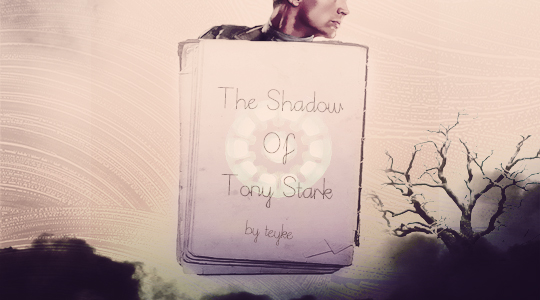 Summary: Tony kills himself. Steve struggles to deal with being left behind once again. But he doesn’t have much time to spend grieving, because it quickly becomes apparent that Tony was working on a secret project before his death, one with the potential to change the world – and he wasn’t working alone.

Notes: This is the second major installment in the Undone Universe series. It can be read and understood on its own, but doing so will leave you in the dark regarding underlying reasons for background events.

A million, billion thanks to Ibrahil for the amazing art, and to Cyphomandra for the wonderful advice. And a huge thank-you to the mod, too, for running this :) It's been a blast!

Disclaimer: I don’t own any of the characters in this story and as far as I’m aware this never happened.

big_bigbang. Tattoo parlor AU. Adam's best friend Lee Cherry owns and runs a tattoo parlor and Adam finds himself visiting every week. But then Lee gets a new assistant and body-piercing technician, Tommy, and Adam finds himself in the parlour more often to see him. Scarlet and Lee tease him about his crush on the possibly straight boy, but Tommy has secrets. Adam has been burned before and he finds himself lost about what to do when it looks like Tommy may be interested after all.

Author's Notes: I can't thank my beta's or artist enough, they made this bigbang great for me. And thank you to the

big_bigbang mods, sorry this is late, I've had some health issues.

Title: Only When I’m Breathing
Author:

sbb23
Summary: Sam comes back to Dean after dying for the last time. He's prepared to do whatever it takes to be with Dean, even if it means letting his brother forget him. If Dean doesn’t remember then Sam dies again, this time for good, and Dean will lose the only person who makes him willing to live. But the clock is ticking and they still need to solve a series of murders in a little town called Springfield.
Disclaimers: not mine. All fake.

pipisafoat
Word Count: 44,270
Genre: SPN RPS, non-AU
Rating: R for language and subject matter, with one NC-17 section
Warnings: M/M sex, angst
Spoiler(s): Season 1 through the end of Season 5
Disclaimer: It's all fiction: Jensen, Jared, and all other parties belong to themselves; none of this happened in real life; I have an overactive imagination. Supernatural is a property of the CW and does not in any way belong to me. Lyrics at the beginning of the story are from the song, "Pay Phone" by Maroon 5, and do not in any way belong to me.

Summary: Jared Padalecki and Jensen Ackles first meet as co-stars on a new tv show, Supernatural. Co-stars become best friends . . . until their relationship changes one summer, as they vacation together at the Outer Banks in North Carolina. It's idyllic there . . . but what about the rest of the world? Jensen and Jared find that they have very different ideas about life and love. Can they make it work in Vancouver and California? Will their relationship grow in the public eye, or wither in the closet? And how long can true love last?


Author's Notes:
This story was inspired by (of course) the beautiful and talented men, Jensen Ackles and Jared Padalecki. The thematic inspiration is from the song, "Pay Phone" by Maroon 5. When I started this story, I thought it would just be a short vignette, but I was a little wrong about that! Then I joined the

big_bigbang challenge, and things continued to grow from there. I vastly enjoyed writing this story, and learned many things along the way. I'm excited to send it out into the world now, and I truly hope you enjoy it.


Thanks go out to the following:
Thanks to

deadflowers5 for hosting this challenge, thus giving me the motivation to write and the opportunity to post this story.
Thanks to

furuba9 for listening patiently as I worked out plot points and read them various bits.
Thanks to

bellagattino for reading various rough drafts and providing moral support and enthusiasm.
And a million thanks to my beta and dear friend,

pipisafoat for her stellar beta work, the major support she offered me all throughout this effort, and her assistance in getting me to write in the first place.

Link to the story!

Summary: In a not-too-distant future, Panem lies under the rule of President Yensid, twelve Districts shackled to a central Capitol. Every year, each District is supposed to give up two Tributes to fight to the death in a horrific spectacle known and celebrated as the Hunger Games.

When Fa Mulan takes her brother's place at the Reaping, all that she is thinking about is saving his life. As time wears on, however, she begins to suspect that something bigger is unfolding, and the world falls away from beneath her in more ways than one. The world of Panem beings to dissolve, and she finds herself one of those who are blamed for the rebellion that has suddenly sparked into life - blamed by a government that will stop at nothing to punish those who act against it.

Notes: Well, this story turned into a monster and a half, but it has been a really amazing time. In some ways, it came from wanting to tell two stories at once: Mulan's, and Kida's. This is the result.

First up, I want to thank

deadflowers5 for running this comm and wrangling us all into posting. I stand in awe of you. Secondly, I want to both thank and pimp

numberthescars for her amazing art, including the icon I am currently using. Seriously, go check her stuff out, because it is beautiful. Finally, of course, a huge thanks to my beta

krissielee for her amazing work, and to my beta/alpha

darkstar1991 for helping me to bash out details, going over ideas, and letting me run around in the early hours of the morning trying to figure things out.

For a hugely detailed and interesting discussion/review of The Hunger Games, I would recommend checking out the work of

farla. Be warned that it is highly critical, but it is certainly very interesting.

Within Disney Animated Canon, the main fandoms which I have used are, as noted, Atlantis: The Lost Empire and Mulan. However, other fandoms used or referenced include 101 Dalmatians, Aladdin, Beauty and the Beast, Cinderella, Fantasia, Hercules, The Hunchback of Notre Dame, Lilo & Stitch, The Little Mermaid, Pocahontas, Sleeping Beauty, Snow White and the Seven Dwarfs, Tangled, Tarzan, Toy Story and Treasure Planet. Not that you need to know them all, though!

Summary: Cam and Vala get kidnapped and when they finally escape they have little time to find refuge. But will they be able to find their way home or be stuck on a new place, with new people and have to make a whole new life for themselves?

This is the posting header in the community (feel free to add to it):